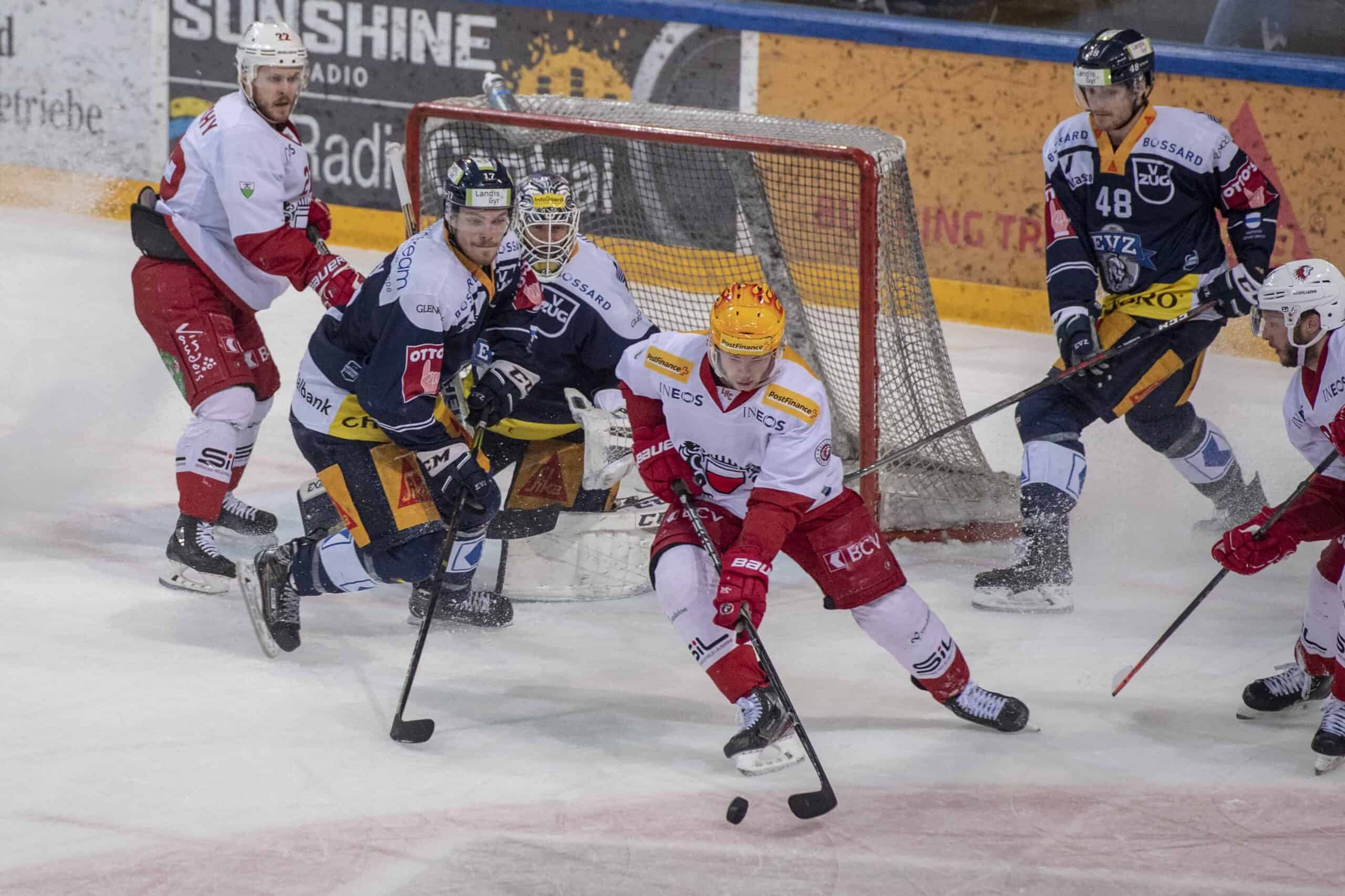 EV Zug is Swiss ice hockey champion for the second time after 1998. The central Swiss also win Game 3 of the playoff final against Genève-Servette, this time 5:1.

Twice Gregory Hofmann and Carl Klingberg shoot the ice sports club Zug to the long-awaited, meticulously planned and therefore deserved championship title all along the line, the 4:1 and 5:1 are only encore. The decision falls in the final third after one of the rare defensive mistakes of Geneva. Gregory Hofmann ignited the turbo in the 49th minute, outran Roger Karrer and beat goalie Daniel Manzato technically brilliant. Hofmann against Karrer – a duel like TGV against Döschwo, and for Hofmann already the third goal in this final after the only goal in game 1 and the 1:0 on Friday evening.

Only 19 seconds later, Carl Klingberg put the lid on it with the 3:1 in overtime. The stocky Swede deflects one of Raphael Diaz’s dangerous shots directly in front of Manzato. It is the third assist in exactly the same way for the captain who has left for Freiburg. The Geneva team can no longer react to this.

In any case, they have a hard time scoring goals in the championship decider. The reason is quickly found: the outstanding defense of Zug with goalie Leonardo Genoni, who celebrates his sixth championship title after three with Davos and two with Bern. Two goals conceded (1:0, 2:1, 5:1) in a best-of-five final series is a record. In 1987, Grande Lugano had conceded four against Kloten (6:2, 3:1, 4:0). Three minutes before the end, Yannick-Lennart Albrecht scores the 4:1, Dario Simion hits the empty goal in the final seconds, but with 3.33 goals per game, it is still the lowest-scoring playoff final in history (in 2007, there were 3.7 goals between Davos and Bern). However, the few goals are also a result of two teams that were enormously solid for a long time.

Also in the third final game, the two teams neutralize each other for the third time to a 0:0 after the first period. Then – also as in the first two games – Zug takes the lead and is on the verge of winning the title for the first time. Gregory Hofmann is allowed to try three times after a nice through play, rather he hides the puck behind Servette goalie Manzato. The lead is deserved, because the Geneva team hardly manages a dangerous attack in the first period.

The deficit could be a preliminary decision, but on the contrary, it awakens the offensive desire of the Grenats. They increase their attack and shortly before the end of the middle period, Servette’s PostFinance top scorer Henrik Tömmernes decides the private duel with his Zug antipode Jan Kovar for once in his favor. Kovar has to go to the penalty box for ten minutes for a check on the boards, Tömmernes uses the powerplay to equalize 1:1 in the 39th minute. But it is only a flash in the pan, in the end the Swede belongs to the losers with Servette, who also lose the third playoff final after 2008 and 2010.

The victory is two goals too high, but the title of Zug is highly deserved, after they had already dominated the qualification like no team before. At 22:21, the sticks and helmets fly onto the ice. The 2020/21 ice hockey season has come to a regular end despite Corona. This is a great and important success for all of Swiss field hockey.